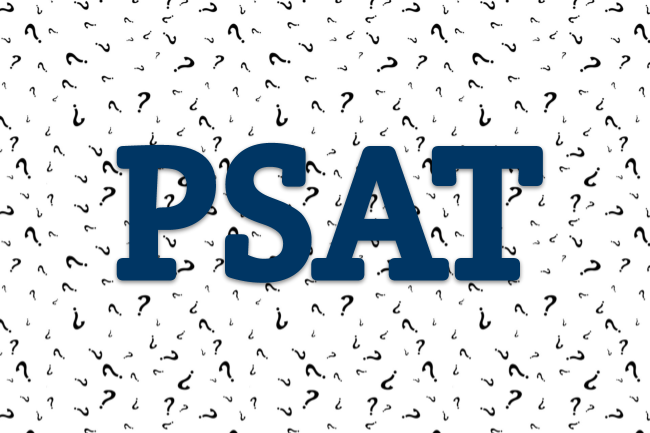 I love pronouncing acronyms as words. It completely derails any conversation. Environmental arguments tend to disintegrate once I reference the “Eepah” (the EPA). What about the remarkably fascinating air traffic zones run by the FAA, lesser known as the “fuh-AAH”? Try watching Narcos and replacing every reference to the DEA with the “Dee-ah.” Peña and Murphy might just seem a little less threatening.

With such ingenious perversions of the English language, it may surprise you to know that the acronyms for standardized exams have caused some serious controversy within the acronym-defacing community. No one dares call the ACT the “act,” and the SAT will always be the “eS-Aye-Tee.” But what about the PSAT? Should we say “P-sat,” or “Pea-eS-Aye-Tee?” It’s another “car-a-mel” versus “car-mel” debacle.

Recently, the significance of the PSAT became just as confusing as its pronunciation. The PSAT — which stands for the “Preliminary” or “Practice” SAT — is only three years younger than the original Mr. Potato Head. Then, many students (who, I’m sure, pinned on their “I Like Ike!” buttons right after leaving the sock hop for school) came to understand the PSAT as simply what its meaning implies: the “Practice” version of the SAT. While the PSAT is certainly an important metric to gauge your performance on the real SAT, today’s PSAT is more than just a test run. Many often call the PSAT by its full name — the PSAT/NMSQT — because the PSAT is also the National Merit Scholarship Qualifying Test. The National Merit Scholarship Corporation uses PSAT scores from high-performing juniors to award their prestigious National Merit Scholar Semi-finalist distinction. And, as any PSAT veteran knows, each test spawns a flurry of *prohibited,* but undeniably hilarious, Internet memes.

So, what actually is the PSAT?

There are, however, a few differences between the PSAT and the SAT. Since the PSAT is designed for students beginning their junior year, the PSAT does not test topics included in typical junior year curricula. You certainly won’t find combinatorics or matrices on the PSAT, for example, because the College Board expects you to review those topics after you sit for the PSAT. Essentially, it might be helpful to imagine the PSAT as an abridged SAT — where certain topics are removed but the structure and majority of content remain the same.

The most Holmesian of readers might notice a contradiction: if the PSAT is meant for juniors, why might underclassmen take the exam? Easy! Consult the ancient proverb: “Practice makes PSAT.”

Some schools provide the PSAT for sophomores or even freshmen as practice for their junior year PSAT and therefore their own SAT. Unlike for juniors, taking the PSAT as an underclassman has no impact on a student becoming a National Merit Scholar. It is simply no-strings-attached practice.

But how is the PSAT scored?

Resident Pythagoreans might protest the relative mathematical imperfection of 1520 compared to 1600 — and rightfully so, since 1600 is such a round number — but the discrepancy does have merit. Remember the topics that the SAT covers but the PSAT omits? Those extra questions comprise the 80 missing points. PSAT scores, then, can predict SAT scores. Assuming you do no other studying, you can calculate your hypothetical SAT score range by adding 80 points (to account for unlearned material) to your PSAT Total Score. Take that, purists.

The second score is the National Merit Scholarship Index, more commonly referred to as the selection index. The selection index compares your score to the scores of other students in your state. It ranges from 48 to 228.

Numbers tend to become more impressive as they increase, so why worry about the puny selection index? Well, as we’ll explore, the National Merit Scholarship Corporation awards its distinction off of selection indices, not total PSAT scores.

What are National Merit Scholar Semifinalists and Commended Scholars?

Students who achieve exceptional PSAT scores are eligible to receive distinctions from the National Merit Scholarship Corporation. Let’s examine those distinctions, their significance, and the score threshold needed to achieve them.

Semifinalists have the opportunity to apply to become a National Merit Scholar Finalist. The transition from Semifinalist to Finalist isn’t too selective — 15,000 of the original 16,000 Semifinalists typically become Finalists — but simply becoming a National Merit Scholar Finalist does not guarantee that you will earn a scholarship. Of the 15,000 Finalists, around 7,500 receive a one-time, $2,500 scholarship to colleges of their choosing. The $2,500 scholarship might not sound like much, but money is money! $2,500 can help cover books and supplies. Furthermore, many corporations offer scholarships to the children of company employees. A full list can be found here, but it includes companies like Estée Lauder and Macy’s.

Perhaps more important are the incentive scholarships that many colleges offer to National Merit Scholar Finalists. Many schools are willing to cover a significant portion of a Finalist’s expenses — and many Finalists can attend these schools and pay little to no tuition. Fordham University and the University of Oklahoma, for example, are among around a dozen universities that may offer nearly full rides to National Merit Scholar Finalists.

Okay, that sounds awesome! So should I study for the PSAT?

Well, maybe. Besides practicing for the SAT, students who study for the PSAT are typically seeking National Merit distinctions. And the margins are incredibly slim.

Earning a National Merit distinction is essentially equivalent to scoring a 1510 or 1560, respectively, on the SAT. Those cutoffs are also increasing. In 2017, students needed a 219 (around 1450) to become National Merit Semifinalists — some sources even predict that the cutoff for the Class of 2020 will fall below 223 (no less than a 1500).

It’s not surprising, then, that of the two million students enrolled in New York schools, only one thousand ever become National Merit Semifinalists. Nevertheless, it you’re set on earning those distinctions, you certainly can. With ample preparation, you can craft a study plan that will hopefully stick you within that lucky thousand.

Now that we’ve finished discussing the corollaries, we can return to this post’s most crucial debate: is it “Pea-sat” or “Pee-eS-Aye-Tee”? Your conscience has already been reading “PSAT” with one of those pronunciations. I won’t share my opinion, but there’s a right answer. I’ll let you figure it out.